Let Me Bend Your Ear

Posted on September 7, 2016 by Nicole Lawrence 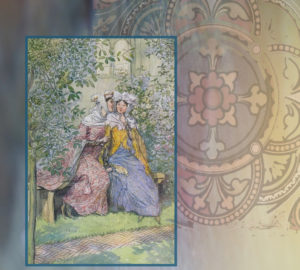 Let Me Bend Your Ear

What is it these days, that people feel the need to influence others into their way of thinking? There was a time when people were left to make their own decisions. There have always been those who want us to join them in their position, to get behind their cause. More recently, I’ve seen this kind of influencing reach beyond opinions and attitudes of world events to being used to target other people.

And what is it with those listening? Why are they allowing themselves to be so thoroughly influenced? Why aren’t they making up their own minds, or at least keeping an open mind?

We are inundated with so much information these days it’s easy to feel overwhelmed and rush to some kind of closure, to draw a conclusion, be done with it and move on. I had a mentor, growing up, who often counseled me to wait and see. He told me, that when he didn’t understand something and felt he didn’t have all of the information, he’d, “Put it on the back burner,’ and wait to see what showed up.

Years ago, when I first began my spiritual exploration, if someone tried to pressure you to agree with them, it was standard to reply, “Who died and made you God?” Or, “You think you know better than my Higher Self?”

I’m not referring to lively debate, or comparing differences in opinion, or seeking to come to some common ground. This kind of discussion has its place and it is often face-to-face in open dialogue.

Nor am I talking about those times when someone close to us has dealings with a person of questionable reputation. Which is usually handled by cautioning them to be careful, use discernment and take extra time to be sure this is someone they want to deal with.

I’m talking about those who go behind backs and actively interfere in the lives of others by trying to influence people for or against that individual. It’s usually done through imparting information (presented as privileged), which paints the person in a particular way. The information may or may not be true, may or may not be skewed.

I’ve seen people interfere in the lives of virtually complete strangers (to them) and the people are confused as to why they were passed over for an opportunity or promotion. I’ve been on the receiving end of this kind of thing myself.

Bill Harris, the creator of Holosync, said something in his book that made a lot of sense to me. I no longer have the book so I’ll have to paraphrase. He referred to the need to influence and direct the thinking and opinions of others was the sign of an immature mind.

Most often, this behavior is thought of as belonging to corporate ladder climbing, not something you’d find in the new age. I had always considered the new age to be populated with kinder, more compassionate people. Perhaps the new age is coming of age and moving into the dog-eat-dog world of unethical behavior.

This entry was posted in Musings on New Age and tagged communication, express, helping others, metaphysics, New Age, self centered, voice. Bookmark the permalink.

2 Responses to Let Me Bend Your Ear