Posted on September 11, 2016 by Nicole Lawrence 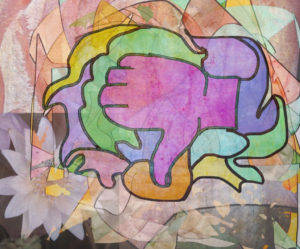 I’m calling this post New Age Bad Behavior. Yes, it sounds judgmental. And yes, I’m pointing out behavior that, in my view, is less than spiritual by people who promote themselves as progressives in the new age. I feel I shouldn’t even have to say these things, that it would be obvious – that being said this is definitely a weird one.

Purposely sitting, poking, jumping on, or slapping someone on the head when they are meditating is not spiritual. I don’t meditate in public groups anymore – with the exception of certain, supervised seminars where I know I can trust the maturity of my fellow participants.

Meditate in groups at the beach? No.

Meditate in the lovely Hindu Temple nearby? No.

Crazy things can and have happened in unsupervised group meditations. And I’m not the only one this has happened to. I’ve been poked in the ribs, bashed in the head by an Indian woman with an oversized handbag, and leapt upon by someone thinking it was a joke to land their full weight on their ‘okole (rear end), onto my lotus crossed legs. Though they landed on me for only a few moments, it was a shock and it hurt. When you are in an altered state, having your body violated is distressing.

Sometimes, in crowded situations someone moving around can jostle you, and usually they are apologetic. This jumping on me was something else, the individual knew me, but wasn’t participating in the group meditation outside in the park. They were passing by and happened to see me.

I cannot imagine what would possess a person to purposely disrupt someone meditating – it felt like it was out of spite or malice. Sure, interrupt them if the building is on fire or there is another emergency, otherwise don’t disturb them.

After the meditation, I sought them out and said that it was disruptive and hurtful. They responded saying, “Oh, you’re just too sensitive,” and flounced off. Which is another example of what I call new age bad behavior – not taking responsibility for having negative impact on others. Not only is it not taking responsibility, it is being dismissive of the other person and their experience.

Was I angry? Yes. At the time they jumped on me I was more disoriented than anything. The anger came later with their denial of impact and dismissal of my feelings. It felt like a double violation.

At the time it happened, I wished I’d had the foresight to yell and bring attention to their actions. As it was, I was seated at the edge of the group, so no one else saw what they did. We have enough impact on each other just living our lives without purposely trying to hurt each other.

I processed my anger, got clarity and saw that, though this person had professed to be my friend, this was not an action a friend would take. I’ve since stepped back from any friendship with that individual. I needed to grow and see that I required better, more respectful friends. I shifted that part in me that felt I automatically needed to be friendly back to someone who wanted to be friends with me. I developed discernment and now wait to see if someone who says they want to be friends follows through with actions that reflect respect and trustworthiness.

This entry was posted in Musings on New Age and tagged communication, ego, metaphysics, New Age, voice. Bookmark the permalink.